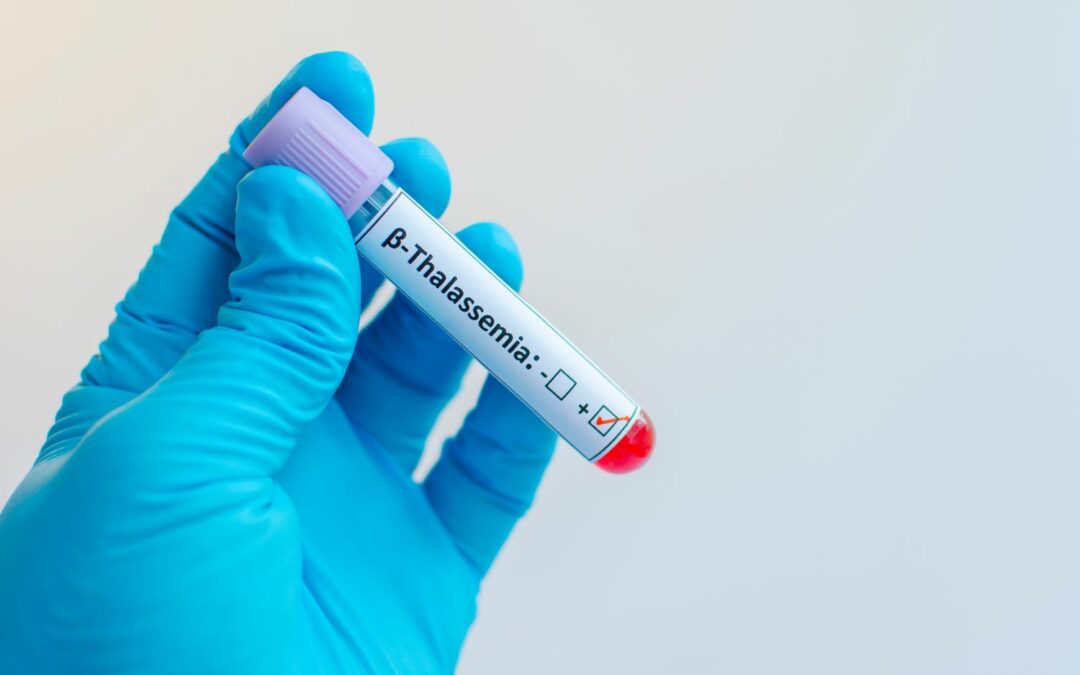 On April 13, 2022, ICER released its draft evidence report, “Betibeglogene Autotemcel for Beta Thalassemia.” This is the first step in ICER’s review process; ICER is scheduled to release a final report on this treatment in July 2022.

Beta thalassemia is a disease caused by a genetic mutation that results in the person’s blood cells containing hemoglobin molecules that are unable to effectively carry oxygen. Children who have two faulty hemoglobin genes fail to thrive, and this severe form of beta thalassemia usually presents between ages 6 months to 2 years old, with the child then starting treatment with transfusions every few weeks. Although transfusions are effective in addressing the faulty hemoglobin genes, they also cause iron levels to build up in the patient, which requires an additional treatment called chelation to remove the excess iron. More recently, blood stem cell transplants – generally from an appropriately genetically matched sibling – have been used when possible.

Betibeglogene autotemcel (beti-cel), is a potentially curative gene therapy for transfusion-dependent beta thalassemia. It works by inserting a gene for the normal functioning hemoglobin molecule into the patient’s own blood stem cells, which have first been removed from the person. Those modified stem cells are then infused back into the person where they seed the bone marrow, enabling the person to make their own blood cells carrying normal hemoglobin.

Beti-cel is still undergoing FDA review, with a decision expected on or before August 19, 2022. Of note, this gene therapy treatment was approved in Europe in May 2019 with the name Zynteglo™. However, because of reimbursement challenges from government health programs, very few patients were actually able to receive the treatment, and in mid-2021 the company started withdrawing the treatment from the European market. Other than continued follow-up with people who had been in clinical trials, all activities in Europe for Zynteglo™ ceased in early 2022.

The trial data showed dramatic curative benefits; 89% of people who received the beti-cel treatment no longer required transfusions. And, over the average follow-up period of 42 months, none of that 89% reverted to requiring transfusions. After examining the available data, ICER concluded that beti-cel’s clinical effectiveness was very significant.

The primary side effect of the treatment was from the bone marrow suppressive treatments that the people required prior to receiving their own modified blood stem cells. The most common adverse effect was mouth sores, but none of the people in the clinical trials died, and more serious side effects were uncommon. As ICER summarized, “Beti-cel infusion is associated with mild side effects, but few patients experienced serious adverse events, and no deaths were reported.”

Given beti-cel’s dramatic clinical benefits, (e.g., eliminating the need for frequent transfusions and medical visits with a low rate of serious side effects), it is not surprising that the people in the clinical trials also reported improvements in quality of life using several standard measures. For example, the draft report’s summary of this data includes, “pediatric and adolescent patients experienced a mean improvement of 10 points [on the PedsQL scale] 24 months after receiving beti-cel, which exceeded the minimally clinically important difference (MCID) of 4.36.”

In the report, as is its standard practice, ICER uses Quality Adjusted Life Year (QALY) numbers as its core measurement in evaluating cost effectiveness. In this draft report, they found beti-cel to be very cost effective, particularly under its “modified societal perspective.”

Beyond the one shown above, ICER also ran various modeling scenarios, and in one of these where they used the characteristics of the clinical trial population to model people who would likely receive beti-cel, they found it to be exceptionally cost effective:

The QALY is a fundamentally flawed construct that can create significant ethical concerns by assigning a dollar value to a human life. However, in this case, because of the dramatic clinical benefits of beti-cel, and the extensive costs of standard care for people with transfusion-dependent thalassemia – and particularly the large personal, family, and societal burdens of that care – even ICER’s QALY-based formulas indicate the treatment demonstrates significant value.

However, we are concerned about access barriers being created in the U.S. because despite beti-cel’s terrific clinical outcomes and cost-effectiveness (as demonstrated by ICER’s calculations), this same treatment was approved in Europe (with the brand name Zynteglo™) but later withdrawn because of ongoing and recalcitrant reimbursement problems with government health programs.

Beti-cel is a new, potentially curative treatment for people with transfusion-dependent beta thalassemia that has been shown to have significant clinical benefits. In addition, beti-cel provides great economic value for patients and society by eliminating the need for frequent transfusions, “untethering” patients and their families from close clinical monitoring, and relieving the burden of receiving ongoing treatments.

Our hope is that the FDA will quickly approve beti-cel so that individuals with transfusion-dependent thalassemia – after appropriate consultation with their clinical team – can receive this treatment. However, we remain concerned that after FDA acts, insurance companies and government programs like Medicaid may erect barriers that keep people with transfusion-dependent beta thalassemia from accessing beti-cel. PAAP will remain focused on finding and promoting ways to ensure that such anti-patient outcomes are not allowed to occur.