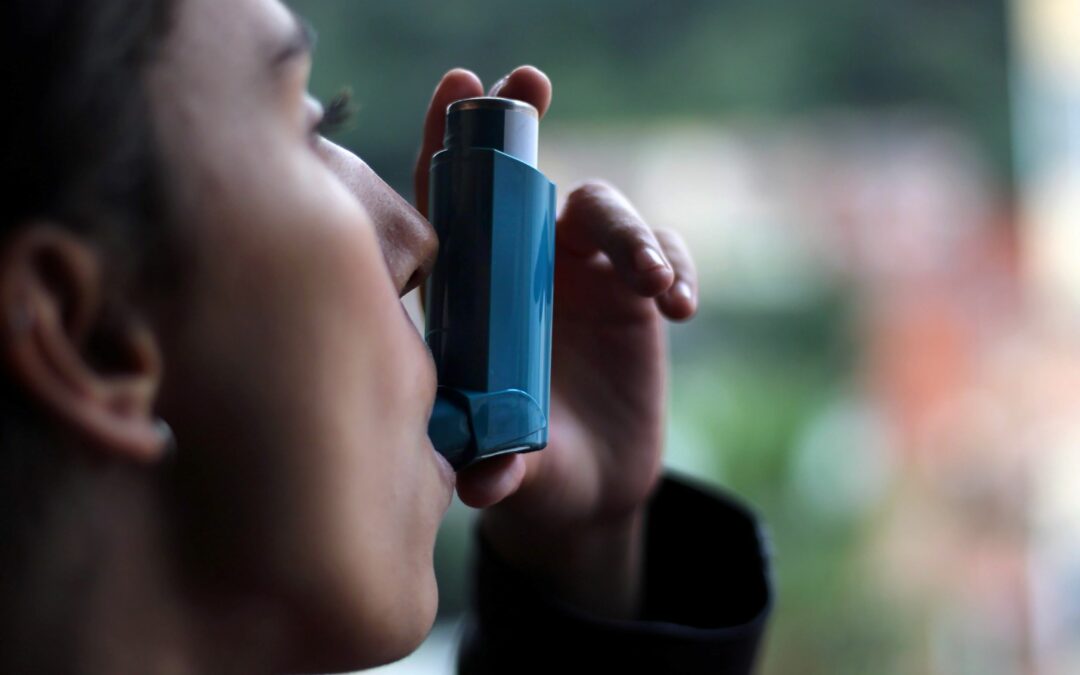 On August 18, 2021, ICER released its draft evidence report, “Tezepelumab for Severe Asthma: Effectiveness and Value.” This is the first step in ICER’s standard process that – after a period of public comment – will result in the release of final evidence report, likely in mid-December.

Asthma is a chronic, long-term condition where the air passages in the lungs become inflamed and narrowed, and sometimes blocked with mucus produced as a result of inflammation. According to the CDC, about 25 million Americans – roughly 13% of the U.S. population – have asthma. Of that number, roughly 5-10% suffer from severe asthma.

Patients suffering from an asthma attack find it hard to breathe deeply, and particularly have problems breathing out. This is what causes the wheezing commonly associated with asthma. Other symptoms of severe asthma exacerbations include chest tightness and shortness of breath. Many patients also experience frequent anxiety over those symptoms. Without adequate treatment, severe asthma can be fatal; about 3,500 people die from asthma every year in the United States.

Tezepelumab is a promising new intervention therapy for severe asthma that acts at an early stage of the inflammation that leads to asthma attacks and exacerbations. FDA gave tezepelumab a “breakthrough” designation in 2018, and their approval decision is expected in early 2022.

After examining the available data, ICER concluded that the evidence for tezepelumab’s clinical effectiveness is generally comparable to or better than existing treatment options. But, overall, ICER determined that the data may be insufficient.

This muddled conclusion is not surprising for at least three reasons:

At the same time, AstraZeneca – the company seeking approval for tezepelumab – is currently conducting an extension study, enrolling patients who participated in the previous clinical trial. This continuation trial will better demonstrate the long-term implications associated with this new medicine, including any adverse effects. ICER is undoubtedly aware of this study, yet it opted to proceed without these valuable data.

So, the question is: Why is ICER performing this analysis now? Why not wait until more data becomes available, or the FDA makes its decision about tezepelumab? The answer appears to be that ICER is more focused on the fiscal needs of insurance companies and government health agencies than on the quality of care or access for patients.

Later in the report, ICER takes the limited data available and fills in some blanks using various assumptions – including a “placeholder price” for tezepelumab because there is no list price for a drug that is yet to be approved – to evaluate the cost effectiveness of the treatment. Per the norm, ICER’s core measurement in this exercise is the quality-adjusted life year (QALY), and any conclusions regarding cost-effectiveness or pricing recommendations are based an estimated cost-per-QALY for the new treatment compared to the existing standard of care or other available medicines.

As we’ve noted many times, the QALY is a fundamentally flawed construct that cannot support the type of analysis ICER claims to perform with it. On top of the ethical concerns that arise when one ascribes a dollar value to a human life, and the obvious likelihood of discrimination against people with disabilities and chronic conditions, ICER’s use of the QALY fails to meet the most basic standards of normal science.

Even if this approach to measurement was sound, ICER’s cost-effectiveness analysis is not based the actual price for the drug – which does not yet exist – or on any pricing data from the manufacturer.  Its analysis is based on a financial analyst’s price estimate. The analysis also neglects to consider patients, and whether the drug will be cost-effective, affordable, and accessible to the patients who may benefit from it.

While the draft report stops short of producing a final pricing recommendation – ICER’s infamous Health Benefit Price Benchmark – it does go to some lengths to suggest that tezepelumab may not be cost-effective, all while acknowledging that key pieces of real-world data are not yet available.

In clinical trials, tezepelumab produced positive results for a significant percentage of people with severe asthma. This is a significant step forward that hopefully will lead to better, more effective treatments in the future. While it may not be appropriate for every asthma patient, doctors and patients should be able to consider it as a possible treatment option.

However, if insurers and public health officials take ICER’s assessments at face value, the likely result will be that fewer patients will have access to a new treatment that might significantly improve their quality of life. With such potentially high stakes for severe asthma patients, any pricing analysis or recommendations should, at the very least, be based on sufficient data and sound methodologies.