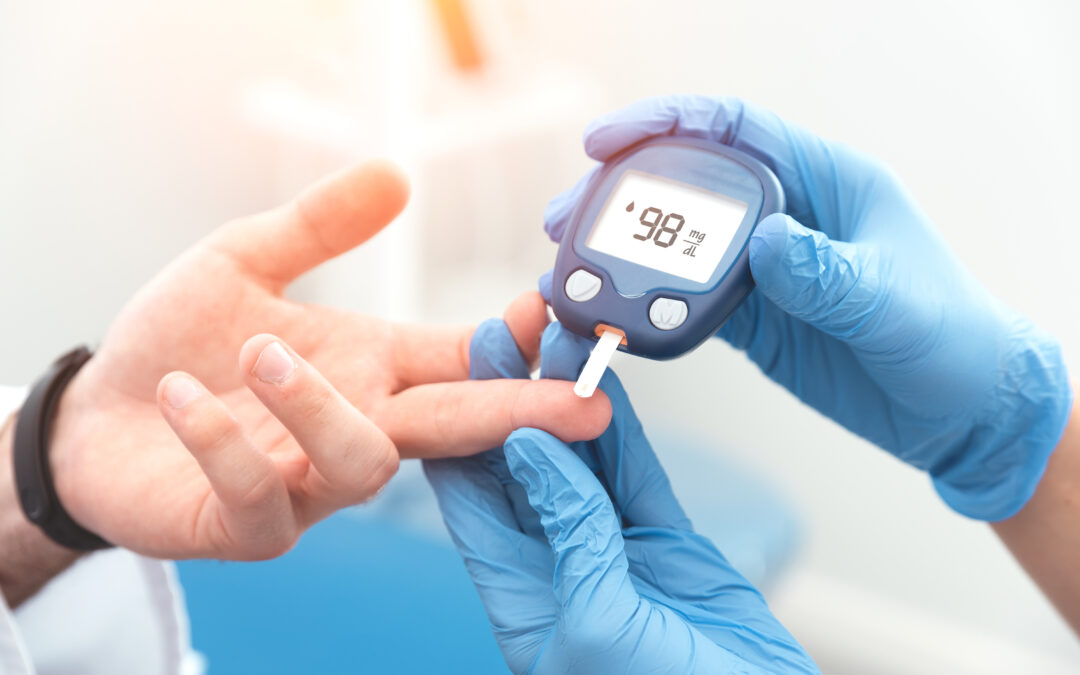 On November 9, 2021, ICER released its draft evidence report, “Tirzepatide for Type 2 Diabetes.” This is the first step in ICER’s process that is expected to conclude with the release of a final report in February 2022.

Diabetes is a chronic condition in which a person has elevated blood sugar levels because the person lacks insulin, or the person’s body doesn’t utilize insulin effectively – or both. Diabetes is the leading cause of blindness, amputations, and kidney failure in the US, and according to CDC data, diabetes is the 7th leading cause of death in the US, causing more than 85,000 deaths every year. And diabetes is more prevalent in people of color – who on average have poorer control of their diabetes, which leads to worse clinical outcomes. Tirzepatide is a promising new therapy for type 2 diabetes that acts by activating (or being an agonist) for two different receptors to lower blood sugar levels: One is a GLP-1 receptor (which is also the target for existing medicines like semaglutide); the other is the glucose-dependent insulinotropic polypeptide (GIP) receptor, which is a new molecular target for treating diabetes. Tirzepatide is undergoing priority review by the FDA and a decision is expected in mid-2022. Meanwhile, additional research studies are ongoing to assess potential cardiovascular benefits, the ability of tirzepatide to reduce body weight, and other potential benefits.

After examining the available data, ICER concluded that tirzepatide’s clinical effectiveness seems better than some existing treatment options. Specifically, in a trial comparing tirzepatide to semaglutide, tirzepatide improved blood sugar levels, as measured by HbA1c, (which reflects the average blood sugar levels over the prior three months), by about 2.2% compared to 1.9% for semaglutide, and reduced body weight by about 10kg compared to 5.7kg for semaglutide. Also, while the HbA1c percentages seem to level off by the end of the trial at 40 weeks, weight loss seems to be continuing downward at 40 weeks. And interestingly, in this study where the average HbA1c of the people at the beginning was over 8.2%, tirzepatide led to a greater percentage of people achieving both the ADA-recommended goal of HbA1c of less than 7.0% (86% v. 79%), as well as “normal” levels of less than 5.7% (46% for 15 mg of tirzepatide compared to 19% for 1mg of semaglutide).

In the report, ICER uses Quality Adjusted Life Year (QALY) numbers as its core measurement in evaluating the cost effectiveness of tirzepatide compared – directly and indirectly – with other treatment options, or “Background Therapy.” Over the years, we’ve noted many times that the QALY is fundamentally flawed construct and an analytical dead end. It simply cannot support the type of ICER claims to perform with it. It raises numerous ethical concerns by attempting assign a dollar value to a human life. In addition, because it supposedly measures the value of a year in perfect health, it perpetually undervalues treatments for people with disabilities, rare diseases, and chronic conditions like diabetes. And, even if all that were not true, the QALY fails to meet the demands of normal science.

ICER muddied the waters significantly in its draft report with their modeling and assessment by concluding that tirzepatide provides less improvements in QALYs compared to semaglutide, despite the positive evidence of tirzepatide’s clinical effectiveness. It seems that ICER reached this conclusion because of beneficial cardiovascular and renal data available for semaglutide, which does not yet exist for tirzepatide. That is, semaglutide is assumed to provide greater clinical benefits even though it acts via one of the two mechanisms contained within tirzepatide. And interestingly, on page 135 of the 138-page report, ICER concludes that if tirzepatide produces the same cardiovascular and renal benefits as semaglutide, then it would provide superior QALY improvements – and even better cost per QALY gains (See the chart below).

So, given the lack of available data, and ICER’s own acknowledgement that forthcoming data may very well show that tirzepatide is more clinically and cost effective, why is ICER performing this analysis now? Why not wait until more data become available? Or, at the very least, why not wait until the FDA makes its decision about tirzepatide? Rather than improving the quality of care or access for patients, the analysis appears to be intended to serve the fiscal needs of insurance companies and government health agencies. Indeed, the draft report’s discussion of tirzepatide’s cost effectiveness is not focused on actual cost effectiveness or affordability for patients, but rather on potential financial concerns of insurance companies and similar entities.

Tirzepatide produced positive results for a significant percentage of people with type 2 diabetes in clinical trials. It may not benefit every patient with diabetes, but it could provide another important option for patients and their clinicians to consider. Overall, tirzepatide is a significant step forward that clinicians and researchers can hopefully build upon to produce even better, more effective treatments – and combinations of treatments – in the future.

However, if ICER’s concerns about limited long-term data or its extremely questionable QALY-based cost-effectiveness “calculations” are used by insurers and public health officials, it could mean that fewer patients have access to this new and potentially life-improving treatment. That outcome would be particularly unfortunate if ICER’s final recommendations – like those in the draft evidence report – are based on incomplete information and faulty methodologies.

Clearly, the U.S. healthcare system, people with diabetes, and society overall would be better served by waiting to issue any report purporting to assess cost-effectiveness or impact until more data is available and the FDA has made its determinations about how tirzepatide should be used and by whom.