ICER’s Latest: A draft evidence report on treatments for vasomotor symptoms of menopause 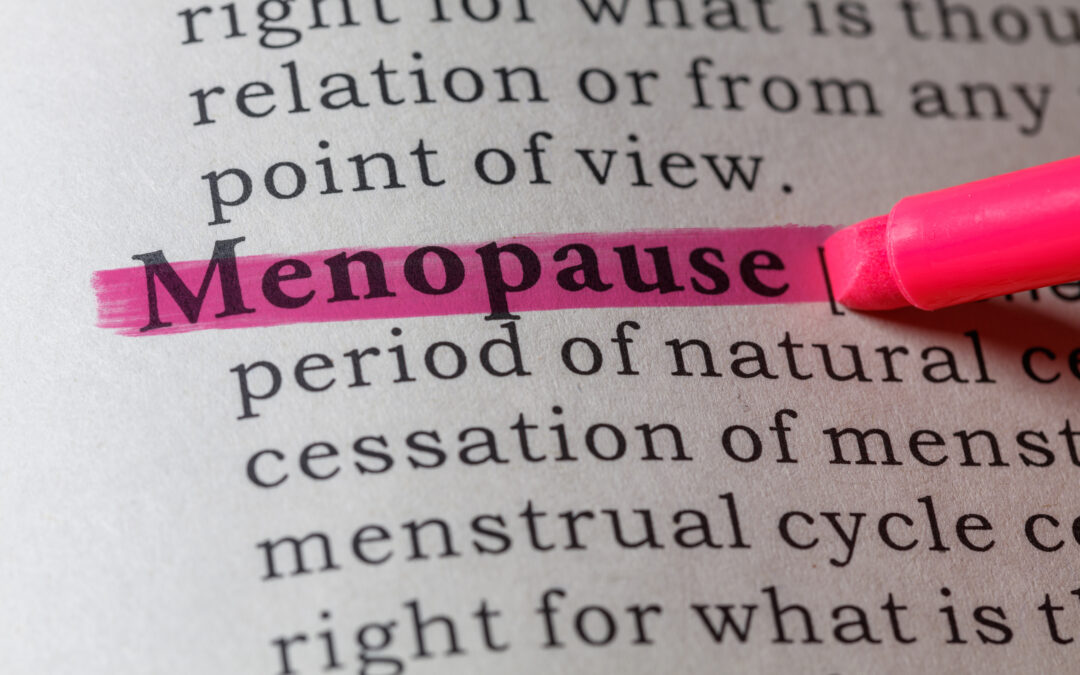 On October 11, 2022 2021, ICER released a draft evidence report, “Fezolinetant for Moderate to Severe Vasomotor Symptoms Associated with Menopause.”  This is the first step in ICER’s assessment process that is current scheduled to conclude with the release of a final report in January 2023.

In the draft report, ICER evaluates fezolinetant, an emerging treatment – currently undergoing FDA review (decision expected by February 22, 2023) – for the vasomotor symptoms of menopause. In assessing its clinical and cost effectiveness, the report compares fezolinetant to existing hormonal treatments, i.e., estrogen with or without progesterone in various dosages.

Menopause refers to changes a woman undergoes near and directly after the permanent end of her menstrual cycles. This includes organ-specific and systemic changes that occur as hormone production declines. Menopause can occur naturally, as part of the aging process, or as a result of surgical removal of the ovaries. On average, women begin menopause at about age 45-50, and essentially all women experience vasomotor symptoms (a.k.a., “hot flashes”) during that time. About 40% of women have moderate to severe vasomotor symptoms – generally defined as having more than 7 hot flashes of moderate to severe intensity per day, or more than 50 per week. Vasomotor symptoms typically last about 9 years, but are most bothersome for about 4 years, and can result in trouble with sleeping, anxiety, intimacy, and workplace performance.

There are also racial and ethnic differences in the likelihood of developing significant vasomotor symptoms. African American and Native American women are more likely to have moderate to severe symptoms compared to white women, while Asian women may have a lower likelihood.

ICER’s review found that fezolinetant was effective at reducing the severity and frequency of menopausal vasomotor symptoms, but that existing hormone therapies may be slightly more effective. However, among the variety of studies of hormone therapies ICER reviewed, there was a range of data about current treatments. In addition, studies of fezolinetant do not yet have fully reported quality of life metrics. There are also potential concerns about the risks of hormone therapy, including links to cancer and cardiovascular conditions – although those risks may be greater for older women (i.e., >age 60) who are less likely to still be experiencing moderate to severe vasomotor symptoms. Conversely, hormone therapies may also improve other symptoms of menopause, such as vaginal dryness, and reduce the risk of fractures.

The adverse events for all the treatment options ICER reviewed were not common or severe (see chart below from draft report). For fezolinetant, the most common adverse event was headache and a dose dependent increase in liver enzymes. However, because the trials were generally short in duration with their follow-up (i.e., at most about 1 year), there are potential concerns about longer-term use of any of these medicines. Specific to hormone treatments, ICER’s report notes that “[l]onger term use of [hormone therapy] may result in serious increased risks including coronary heart disease, stroke, venous thromboembolism, breast cancer and mortality, particularly among women ≥60 years old.” For those reasons, the report also stated, “[w]e recognize that some women may be at higher risk of harms from [hormone therapy] due to underlying conditions or older age, and in such cases, fezolinetant may be an alternative given its balance of benefits and harms.”

Overall, the report presents a very mixed and muddled picture of the potential treatment options for menopausal vasomotor symptoms, while also noting significant uncertainties with its analysis. For example, due to factors like the differences among of trials for hormone therapies, ICER was not able to conduct its normal meta-analysis to combine the findings of different trials into a single assessment. Acknowledging the lack of data comparability across studies, ICER noted that “the definitions of our primary outcomes of [vasomotor symptoms] frequency and severity differed across trials, making cross-trial comparisons more difficult.” This is one of many aspects that raise questions about the validity and certainty of ICER’s conclusions in this most recent report.

A more qualitative – and patient-focused – aspect of the report is the feedback ICER received from patients and clinicians. Those perspectives clearly expressed the importance of individualization of care and shared decision making among women and their care teams as a crucial aspect of menopause treatment – including vasomotor symptoms.

ICER’s cost-effectiveness calculations are based upon a concept called Quality Adjusted Life Years (QALYs), which are the underpinning for ICER’s conclusions and recommendations. In simple terms, a QALY is a measurement used by health economists that represents one year lived in “perfect health.” A year for anyone living in a state of less than “perfect health” is automatically valued lower. Thus, broadly speaking, an illness is likely to reduce a hypothetical patient’s QALYs – by decreasing their lifespan and/or leaving them with less than perfect health – while an effective treatment would increase them.

ICER’s use of QALYs is problematic because insurance plans, (including Medicare and Medicaid), often use such QALY-based value assessments to make decisions about coverage and access to new treatments.

On this blog, we have often criticized ICER’s use of QALYs for several different reasons. For example, QALYs inherently discriminate against patients with chronic diseases or disabilities for whom a return to “perfect health” is often impossible. For such patients, a new treatment might result dramatic improvements to their quality of life, yet it would still be undervalued by the QALY. These concerns were detailed in a 2019 report by the National Council on Disability. PAAP, along with some of its research partners, has produced additional reports to help illuminate these issues.

In the draft report, ICER assesses the clinical effectiveness of different hormone treatments – as well as antidepressants and neurological pain treatments – all of which are available in generic forms. While such options expand choices for patients and clinicians in shared decision making, ICER cost-effectiveness analysis only compares fezolinetant to generic hormone treatments. With that approach, ICER sends clear signals to insurance companies and other payers that, regardless of clinical effectiveness or shared decision making to develop the best care plan for an individual patient, generic medicines, as the cheaper option (for the insurance company), should be given priority in any benefit structure through patient cost-sharing and prior authorization barriers.

ICER’s cost effectiveness modeling also does not consider how treatments will improve over time with newer medicines or treatment combinations. In other words, while ICER does recognize that fezolinetant provides a treatment option via a new mechanism of action, it downplays the potential benefits such options for women with menopause. In addition, there is no discussion about how clinicians and patients could potentially use fezolinetant in combination with other prescription medicines, alternative treatments, and lifestyle modifications as part of an individualized approach to menopausal symptoms.

As noted above, due to a lack of comparable data across different trials of various treatments, ICER’s cost effectiveness analysis does not accurately reflect the real world experiences of women. The report makes that clear, acknowledging “that women with [vasomotor symptoms] may attempt multiple treatments over the duration of the menopausal transition. The model did not include treatment switching or further attempts at treatment if patients discontinued due to adverse events or lack of efficacy during the first year.”

Another controversial aspect of ICER’s reports about potential new treatments is the report’s “budget impact” section, which assumes the U.S. healthcare system is a monolithic single payer entity. ICER’s budget impact process asserts that, in any year, funds spent on new medicines should be limited to fixed amount – regardless of how much they benefit patients. The dollar amount is based upon the average total spending on medicines in prior years divided by the average number of new treatments the FDA had approved in recent years – which is then increased by U.S. GDP +1.0% per year.

Because essentially every woman will go through menopause as they age, and a significant percentage will have moderate to severe vasomotor symptoms, it is not surprising that ICER found that only a small percentage of women could be treated with fezolinetant (at ICER’s estimated price of $6,000/year) before reaching their arbitrary spending ceiling. Specifically, ICER found that only 1.7% of women could be treated in each year under its budget limit.

Vasomotor symptoms of menopause impact tens of millions of American women and others around the world. It is also one of many conditions that disproportionally impacts women of color. Ensuring access to the widest possible range of effective treatments would not only offer more options to patients and physicians, it can also help address the inequities embedded in the U.S. healthcare system.

Fezolinetant can potentially add to the scope of available treatment options for these conditions. As the FDA considers fezolinetant, women – along with their advocates, allies, and public policy officials – should keep a sharp eye on how treatments these kinds of treatments are handled by insurance companies and public health programs like Medicaid and Medicare. Policies and practices such as cost-sharing and prior authorization requirements can either enable and promote, or block and prevent, access to such treatments, and thus either support or interfere with shared decision making of women with their clinical care teams.