Patients Rising – in coordination with Gravis Marketing, a leading market research and polling firm – recently conducted a survey to better understand American voters’ views on national health issues. The data from the survey – which was conducted in late April and early May – reflects the views of more than 1500 registered voters across the country.

We recently released a report on Drug Pricing Policies — the second of three reports discussing the results of the survey.

There are several important takeaways from the survey data when it comes to European-style price controls drugs and treatments. For example, more than three quarters of the voters participating in the survey agreed that healthcare decision-makers should not discriminate against Americans with disabilities or chronic diseases. That sentiment was shared by Republicans, Democrats, and independents.

The survey also suggested that Americans are wary of systems like those used in Europe to contain drug costs. A significant segment of voters – at least one-third – was unsure about the role independent agencies like ICER should play in setting health policy. At the same time, 40% of survey participants believed that a government-supported panel of health economists would limit their access to medical treatments. Another 34% neither agreed nor disagreed with that statement. 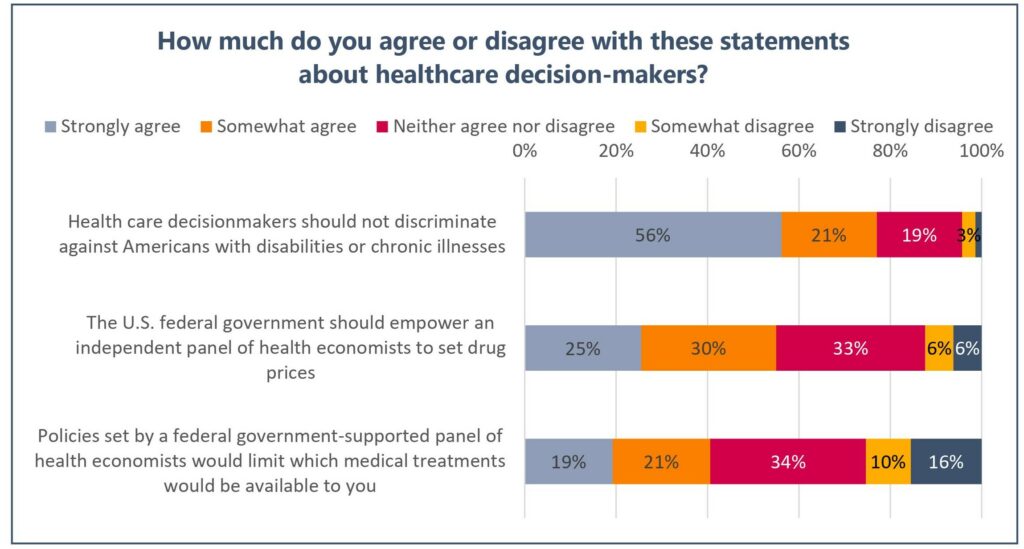