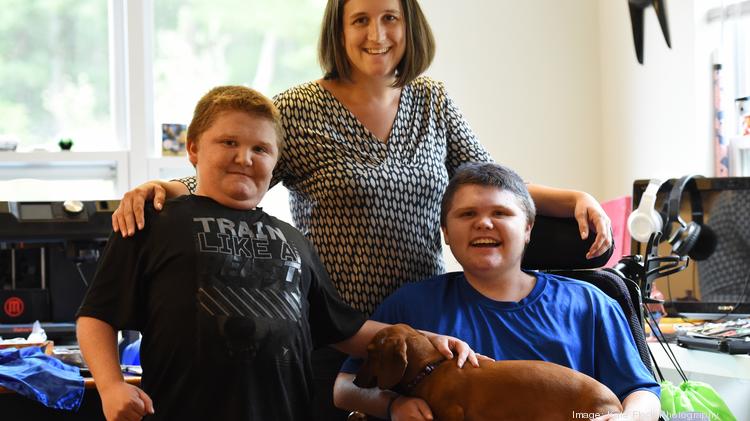 ICER. What is it? Who is it? Who put them in charge of my children’s health care? I ask this question – urgently – because Thursday, this group called ICER is meeting in Massachusetts to decide whether my sons, Austin and Max, should continue to have access to new drugs that are treating their rare, fatal disease.  Austin and Max both have Duchenne Muscular Dystrophy, a disease that progressively robs its victims of muscle function until the day where their hearts and lungs stop working and they die, usually before their 20th birthday – and for too many, long before then.

The Duchenne community has worked tirelessly for decades for access to and effective treatment. That day finally came in 2016 with the first-ever FDA approval for a Duchenne therapy, a treatment that helps slow the progression of this disease and preserves muscle function in some Duchenne patients.  When the FDA approved Exondys51, I had no idea that the victory we had secured could become meaningless.  But now this ICER group is meeting to “vote” on whether patients like Austin and Max should have access to Exondys51, and Emflaza and a third treatment still under review by the FDA.  ICER’s recommendation could be used by insurance companies to deny access to the safe, effective, FDA-approved treatment that is improving and extending my boys’ lives.

Jenn McNary is a trusted voice in the rare disease community, as a mother, public speaker and fierce advocate. Her work in the rare disease space as a thought leader earned her the Ryan’s Quest Ryan’s Hero award in 2013, a nomination for the Global Genes Champion of Hope award in 2014, and the prestigious 2017 Meyer- Whalley instrument of change award. Formerly as the director of outreach and advocacy at a Massachusetts based non-profit foundation, she was responsible for the organization of the largest FDA advisory committee hearing in history, with over 1000 duchenne advocates, families, clinicians and researchers in attendance. Jenn has unique experience in the drug development field, as a parent of children enrolled in the clinical trials, an advocate engaging with the regulators and as a consultant helping to develop programing for patients. Currently, Jenn is consulting in the biotechnology space with an expertise in caregiver/patient engagement, including bringing the patient voice to drug development and solving barriers to access. Her other activities include serving on the board of the Beauhawks, a local non-profit foundation dedicated to funding Duchenne research, participating in and attending conferences and workshops related to patient voice and raising her four children in Massachusetts.