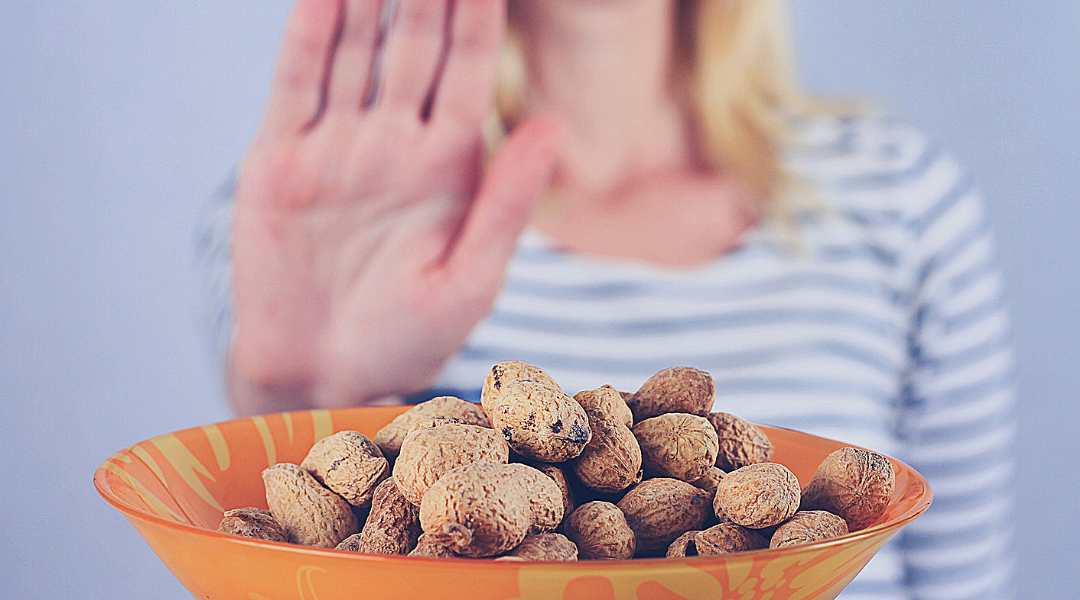 Patients Rising Now advocates on behalf of patients with life-threatening conditions and chronic diseases for them to have access to vital therapies and services. Access is a matter of survival and quality of life for those patients, and it spans affordability, insurance coverage, and physical access. To support improved access, we engage all stakeholders to foster realistic, patient-centered discussions for particular conditions and the U.S. health care system. That is, our goal is a balanced dialogue that illuminates the truth about health care in a just and equitable way.

We appreciate the opportunity to provide our comments on ICER’s April 9th Draft Evidence Report, “Oral Immunotherapy and Viaskin®Peanut for Peanut Allergy.”

As the draft report makes clear, there is very limited evidence about patient perspectives and quality of life concerning the two investigational treatments described in the report, i.e., “No data on participant quality of life were reported.”[i]There is also extremely limited data about existing, unapproved oral immunotherapy preparations. We will return to this analytical conundrum in our comments below, which are organized into sections concerning: Patient Perspectives and Issues; Data Challenges; Uncertainties and Limitations; QALYs; and Other Matters.

We are encouraged that ICER investigated patient concerns and perspectives about peanut allergies by having discussions with patients and patient group, and noted these observations:[ii]

We also want to note the very important patient perspectives related to access and affordability that are critical concerns for patients:[iii]

We completely agree that the “primary benefit of desensitization to peanuts in patients with peanut allergy is likely to be the improvements in quality of life for both the patient and caregivers.” And to provide ICER with more data, we would have hoped ICER would have worked with the patient groups to develop data similar to the survey ICER conducted with the MS Coalition.[iv]We would encourage ICER to do more of that type of primary data development. However, as the draft report also notes, “the quality of life outcomes for the phase 3 trials have not yet been published. It is [therefore] challenging to fully evaluate the impact of these therapies without placebo-controlled assessments of the change in quality of life,”[v]Given the reality of such limited data – particularly about patient perspectives and quality – we believe it is too early for ICER to conduct this assessment.

Another critical concern for patients is the level of assurance that a treatment will work and that they have an accurate understanding of potential adverse reactions. Therefore, we question ICER’s decision to include information from reports about the non-FDA approved OIT peanut protein extracts without such caveats because OIT preparations have uncertain quality assurance and batch-to-batch variability.

Despite citing those adverse event differences, the draft report’s incremental cost-effectiveness ratios do not appear to adequately consider them, which as we’ve pointed out, can be of considerable importance to patients. Ignoring this very important patient concern and perspective undermines the validity of the draft report’s conclusions.

Another area we believe ICER should have further explored is the differences between peanut allergies and other food allergies, since as draft report notes, “peanut allergy is the leading cause of death from anaphylaxis due to food,” which indicates the seriousness of peanut allergies compared to other food allergies or intolerances. This is an important consideration, but the draft report’s Clinical Guidelines section does not fully distinguish between food allergies generally and peanut allergies, and the draft report’sLimitations section explores this problematic merging of peanut and other food allergies:“utility estimates used for the base case model come from a food allergy, but not necessarily peanut allergy, patient population. It is possible that peanut allergy patients specifically hold slightly different preferences for treatment.”[ix]Noting this difference in the Limitations section – but not addressing it in a substantive way in the actual analysis – is very strange given that peanut allergy specific information is the fundamental basis for determining both clinical and economic value of the potential new therapies. We also suggest that ICER discuss the physiological and immunological differences in antigen presentation (i.e., oral versus transdermal routes[x]), since that may be the basis for the adverse event profiles of the two experimental treatments.

And lastly, given the changes in access and affordability that will result from FDA approval of treatments for peanut allergies, we question why racial and socioeconomic differences in rates of peanut allergies (as opposed to the rate of accidental exposures for people with peanut allergies) are not discussed.[xi]With all the uncertainties and assumptions in the draft report’s data inputs and modelling, ICER should try and be more comprehensive in elucidating the problems of peanut allergies, who it affects, and actual projections for the composition of what the patient population might look like in the future.

The draft report’s entire modeling process is muddled and very imprecise because of lack of data and extreme assumptions. For example:

The draft reports’ citations about price projections used to establish the placeholder prices are misleadingly cites as from “analysts.” However, the one source cited is a Kaiser Health News article, but that article’s sources are two other articles. The first is a February 2018 LA Times story citing the projected price for AR101 from the company CEO.[xiv]  The second is a 2015 Reuters news story that states, “Analysts estimate a year’s supply of Viaskin at about $6,500 and of Aimmune’s treatment [AR1010] at $5,500.”[xv]Given that those numbers are from secondary sources (i.e., not from analysts directly), and that they are old reports – and in the case of AR101 provide contradictory numbers – those sources should be provided accurately and with disclaimer that they are secondary sources that have not been directly verified, i.e., not “publicly available analysts’ reports.” This is a serious deficiency in the draft report.

We also would like to point out the inherent uncertainties and challenges of researching allergies since the symptoms – and physiological responses – can be affected (and sometimes dramatically) by factors other than the exposure to a potential allergen. For example, at the extreme, a patient with Dissociative Identity Disorder (DID, formerly called Multiple Personality Disorder) was found to have different (or no) food allergies among their different personalities.[xvi]This indicates a clear mind-gut-immune system symptomatic connections that in the Western mechanistic perspective of human biology ignores the more realistic systemic and evolutionary reality of the human organism. We bring up this issue, because it calls into question almost all of the results from the unblinded OIT studies, and it also raises questions about the socio-psychological-environmental aspects of treating peanut allergies and how those factors were either controlled or accounted for in the trials.

We are also confused by the following, and request ICER explain it in plain language since we are concerned it is obfuscating something important: “We also noted that the utility values for ages 12+ were higher than those for the same health state for children age 0-11, which is difficult to reconcile. However, the differences between the health states within each age group are approximately equal. Thus, for the purpose of the model, this difference in absolute utility values between the age groups does not result in differences in incremental QALYs. Using the 0-11-year-old utility values for the entire model time horizon or switching values at age 12 results in the same incremental difference in QALYs between the two treatments. The assumptions for the utility values were explored in the one-way sensitivity analysis using broad ranges for all three utility input values. Uncertainty in the utility values, where overlap occurs between the bounds and the next health state, were programmatically handled in the probabilistic sensitivity analysis. Forcing health states assumed to be ordinal to each other was accomplished by selecting the larger of either a) the maximum drawn from the health state’s utility distribution, or b) the value drawn for the next worse health state.”[xvii]

On page 37 of the draft report it states that as part of the Model Validation process, “we compared results to other cost-effectiveness models in this therapy area.” What other cost-effectiveness models are there in this therapy area given that there are currently no approved therapies? Please specify and explain how such comparisons are meaningful.

First, doesn’t the lack of quality of life data undermine the analytical validity of calculations for determining QUALITY as part of QALYs? And second, we want to reinforce the widespread concern about QALYs by sharing a quote from an expert in the area from a recent Congressional briefing about Comparative Effectiveness Research:

“The QALY is extremely problematic,but it’s highly functional for decision making, and you see that. So I’m not saying that to defend it, because I think it’s hugely flawed, in that it sort of assumes certain homogeneityand parallels of what matters to which patient groups. And I do think that for elderly, disabled, etc. etc, it, it’s – to the extent it actually informs decision making about what’s paid for and how much things are paid for, it’s really got some kind of flimsy underpinnings.”[xviii][emphasis added]

This draft report is based on extremely limited data without patient quality perspectives, and uses many weak assumptions for its modeling. It also takes a very anti-patient perspective about what is value, i.e., ignoring clinical and patient value and solely focusing on economics. For example, the final concluding sentence of “The ultimate value of these products will be determined by the prices that are set by the manufacturers and their long-term effectiveness.”[xxviii]confirms ICER’s focus on economics. Overall, this may be the worst ICER report so far.

We are optimistic that the general trend of incorporating more patient perspectives and concerns into health care coverage, payment and care decisions – such as is happening at the FDA, CMS and other respectable organizations – will continue, and ICER’s impact on patients’ lives will continue to decline.

[xi]“National prevalence and risk factors for food allergy and relationship to asthma: Results from the National Health and Nutrition Examination Survey 2005-2006,” Journal of Allergy and Clinical Immunology, Vol. 126 (4), October 2010, p. 801 – “Food sensitization and PFA/LFA were more prevalent in non-Hispanic black subjects and least prevalent in non-Hispanic white subjects … these distinctions were greatest for shrimp and peanut.”

[xxii]Viaskin Peanut and AR101 have both been granted Fast Track and Breakthrough Therapy designation (https://www.dbv-technologies.com/pipeline/viaskin-peanut/), and http://ir.aimmune.com/news-releases/news-release-details/us-fda-accepts-bla-filing-aimmune-therapeutics-ar101-peanut

[xxvi]“Unduplicated Number of Children Ever Enrolled in CHIP and Medicaid,” CMS, www.medicaid.gov/chip/downloads/fy-2017-childrens-enrollment-report.pdf